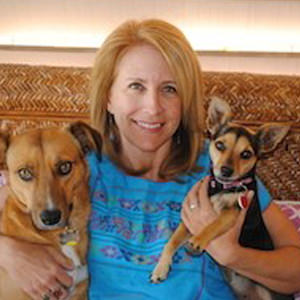 Kim Kroger Woodhouse is a native of Phoenix, Arizona, where she attended local schools and graduated from Arizona State University.  Kim was an original member of the Rancho Feliz Board of Directors and has been a volunteer for Rancho Feliz since 1998. She became the Administrative Director on Valentine’s Day 2015 – because Rancho Feliz is what she loves! She currently overseas all of our programs. Kim is instrumental in coordinating donations, correspondence and budgeting.

She gained a lot of experience as a volunteer who initiated and operated the “Guardian Warrior” Sponsorship Program. Under Kim’s direction this program consistently raised over $10,000 per month in donations for the care and support of abandoned children and senior citizens in both Agua Prieta and Cananea, Sonora. Kim spent a decade serving as a mentor to many of the family-less girls.

In addition, she has worked with children locally and was a big sister through Valley Big Brothers Big Sisters. Kim is a strong animal advocate. She was instrumental in establishing one of the first “dog parks” in Scottsdale, Arizona. She was involved locally in animal rescue as director of Poverty’s Pets – a Rancho Feliz program that rescued abandoned, neglected, and abused companion animals in low-income and underserved communities in Phoenix for 5 years. Kim’s experience with dog rescue is greatly needed in Mexico. Accordingly, Kim directs Rancho Feliz’s “Mexico Mutts” in Agua Prieta. Kim is a certified yoga instructor, an avid traveler and hiker and she has participated in Rancho Feliz’s grueling, multi-day, extreme sport/extreme karma, bicycle fund raising events.

extreme service - extreme karma - are you a guardian warrior?
Navigate
Making a Difference

Rancho Feliz Charitable Foundation is a volunteer based, multi-national, secular, non-profit 501(c)3 organization. We reside in Scottsdale, Arizona and serve in the community of Agua Prieta, Sonora, Mexico. We are volunteers committed to redefining charity.